"Why Nexus?" for the Non-Programmer 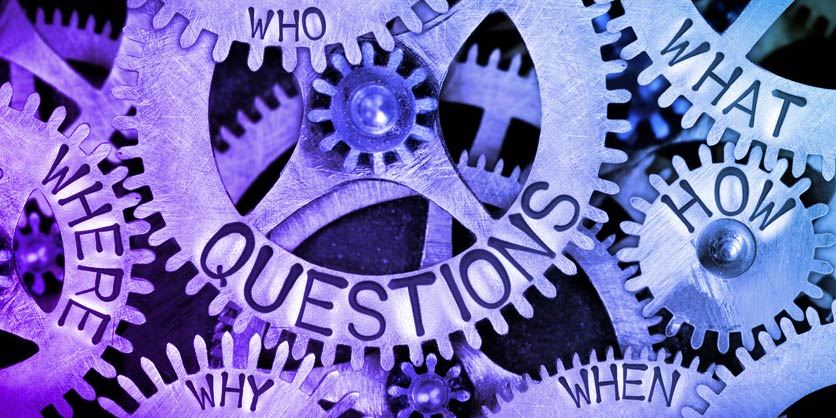 I've had a number of non-programmers ask me "What is Nexus?" What is it? What does it do?

You'd think I'd have a quick answer for the question, and I have a few that I always resort to that revolve around efficient collaboration and ease of deployment. But the challenge in this particular conversation was how to convey "What Nexus is" to someone who might not have direct programming experience. It is easy for a developer to talk to another developer, as we share the same set of experiences. I can say "compiler" and be reasonably certain that you not only know what a compiler does, but that you use one every single day. So, when I say something like:

"Nexus is a repository manager. It allows you to proxy, collect, and manage your dependencies so that you are not constantly juggling a collection of JARs. It makes it easy to distribute your software. Internally, you configure your build to publish artifacts to Nexus and they then become available to other developers. You get the benefits of having your own 'central', and there is no easier way to collaborate."

Someone who doesn't program every day nods, feigns approval; "That sounds very interesting", but I am still skeptical that I got the message across. I'll usually resort to an assembly line analogy; "Think of Nexus as an assembly line, it provides a context for collaboration." But, still, there is a lack of shared context. If you are a programmer, my previous explanation was likely clear. If you are not a programmer, you'll have questions. What is 'central'? What is a 'JAR'? What am I proxying? Instead of attempting to explain Nexus in a paragraph, let's try to set up some background.

How is Software Developed?

Use a web site like the New York Times or even something as deceptively simple as Google, and it might be easy to think that the effort takes a handful of developers, some graphics designers, and a few weeks of effort. Think again.

For a system of any significance, we're usually talking about tens to hundreds of developers (sometimes thousands of developers) split into different groups each with a distinct focus. For example, think about a large, international bank. Such an organization will likely employ thousands of developers spread throughout the world. There might be a hundred developers in San Francisco focused on web development, with tens of developers in New York focused on market feed and data integration. Maybe there is a group that focuses on back office operations in Toronto, and a group dedicated to international clients in Dubai, and another development group in Bangalore.

The point here is that modern software development is often distributed, and the largest systems involve hundreds of developers all trying to collaborate on a single enterprise system. "Big software" can involve thousands of developers and today's CTOs and CIOs realize that the way to remain agile, the way to innovate, is to adopt best practices from the open source community.

Open source projects like the Linux Kernel or open source communities like the Apache Software Foundation are proof that thousands of developers can collaborate on complex systems if they are provided with efficient infrastructure and a shared set of assumptions about how software is developed. While it is often difficult to import the culture of open source into a corporation, it is fairly easy to standardize on the same tools, the same "efficient" infrastructure which allows a large, ad hoc group of developers to collaborate.

Source control systems, issue trackers, mailing lists, continuous integration servers, wikis, integrated development environment, and repository managers; when you start a new open source project one of the first things you decide upon is what you are going to use for each of these components. Let's go through each of these components and discuss the various choices that are available:

This brings us to the final component of efficient development infrastructure - repository managers.

Repository Managers: You can think of a repository like you would think of a library. It is a server that stores and retrieves files, which we refer to as artifacts. When you write a piece of software, you are often depending on external libraries. If you are developing a system to send a rocket into space, you might depend on a library that provides functions to calculate the effects of gravity. If you are building a web site, you'll likely use a framework designed to serve web sites.

In Java, these libraries are stored in binary files called JARs, and if you are working on a complex system, you might require hundreds of external libraries in an application. The primary use of a repository manager is to proxy and cache artifacts from "external" repositories. Your organization uses open source libraries, and when your build needs them it will automatically query a local repository manager. If that local repository manager does not have that particular artifact, it will retrieve it from an external repository server and cache it for later use. (Think of how an academic, Interlibrary Loan system works. Ask a librarian for a rare book. If she doesn't have it, she will likely call up another library and have the book sent over.)

"Central" refers to the "Central Maven Repository", you can think of "central" as the global repository manager that stores all open source components. "Central" has millions of users throughout the world, and it is fed by thousands for open source projects. It is the modern-day "Library of Alexandria" for open source components, and it greatly reduces the work required to distribute software to millions of developers. If you have something to share with the world, put it on "central", distribute the coordinates, and in minutes everyone should have a copy.

Before the advent of "central", users would have to manually update dependencies, and open source projects would have to try to get the word out so people knew about a software release. In 2010, releasing a new open source component to the Central Maven repository is a non-event. All a developer needs to do is publish to "central"; the rest is automatic. If a developer is using a repository manager, they can even configure the tool to notify them of all new releases. The "central" Maven repository manager is the central fabric of collaboration, and over the past eight years, it has changed the way that software is distributed and developed.

What is Nexus? for the Non-programmer

So, "what is Nexus?" for the Non-programmer. If it still doesn't make any sense after reading this post, think of it as a library. You can ask it for "artifacts", it will store and retrieve them and assign a standard coordinate system to the artifacts it stores. If you are developing software, having this facility available allows you to catalog and store your own artifacts using the same "numbering" system that the library uses. When a group develops a new system or a library, they submit it to the repository manager. Other groups then have a standard way to access these libraries. This standard for cataloging and addressing files brings efficiency.