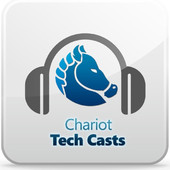 Brian Fox sat down with Ken Rimple of Chariot Solutions to talk about Nexus and to put repository management in the context of recent developments with Maven. Ken Rimple and Chariot have been long-term partners with Sonatype supporting our Maven training efforts, so Ken has a lot of background about Maven to ask some interesting questions.

The Legacy of Maven: Binary Reusability

The interview leads off with a discussion about Maven, Maven's history, and some of the recent developments surrounding the Maven ecosystem. Brian identifies binary reusability and declarative builds as the two important legacies of Maven:

"One of the unique things that Maven brought to the table, and what may in fact be the legacy for Maven years down the road, is that it introduced the concept of having binary reusability and not rebuilding the world as everybody was used to doing. The other aspect was making things more of a declarative model especially the dependencies. That was all unique at the time."

What it takes to Run Central?

Ken and Brian discuss the introduction and development of Central from the beginning of the repository to the current iteration. From the initial efforts to create a single coordinate system for artifacts in 2001 and 2002. Brian's very involved in the effort to maintain Central so this is your chance to hear Brian discuss some of the internals of the effort: how much bandwidth does Central consume? how much effort is involved in maintaining Central? and what are the day-to-day operations for running Central?

Key quotes about Central: "We're approaching half a Terabyte for artifact storage" and "We're seeing 50 to 60 new projects added every day".

You will hear about how Nexus is used to enforce standards for artifacts added to Central from forges like Apache, JBoss, java.net, Codehaus, as well as the instance of Nexus that Sonatype provides for independent projects: http://oss.sonatype.org.

Brian then discusses the important features we're introducing with Nexus 2.0. Including support for .NET, the Repository Health Check, and our support for distributed proxies.

Again, if you haven't listened to it, you should. Go over to Chariot Solutions and listen to Chariot Techcast Episode #71 - better yet, why don't you just open up iTunes and subscribe to Chariot's podcast? here.