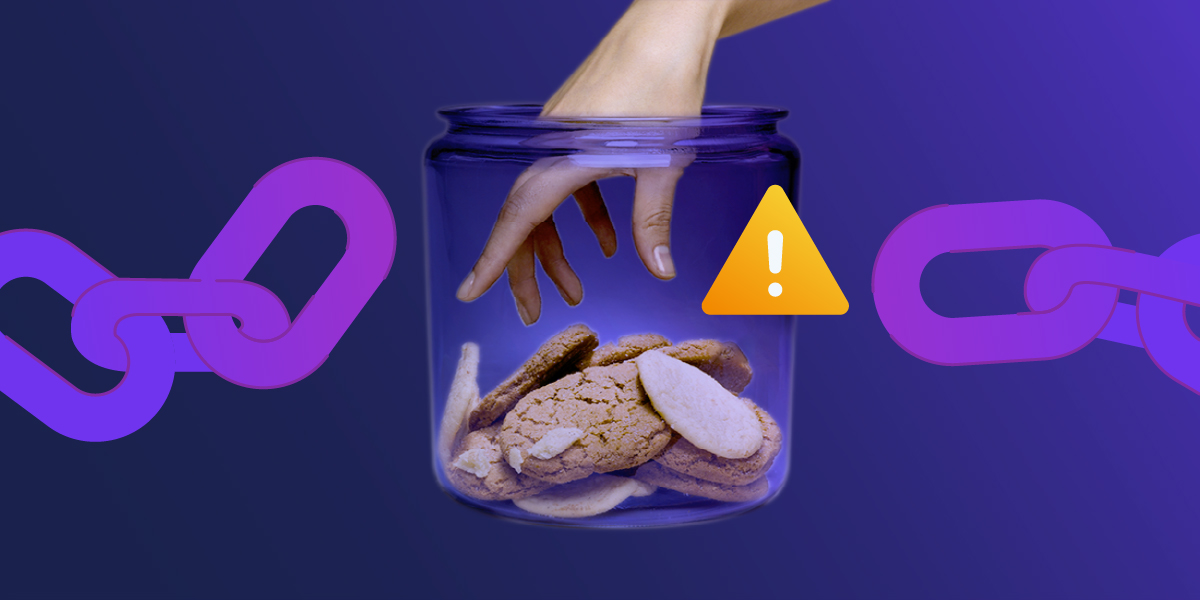 Most of these packages end up being dependency confusion candidates or typosquatting malware.

But, this one—"speedy-ts-compiler" stood out to us.

The package in question was flagged by Sonatype's automated malware detection bots within a few hours of its publication to npm. 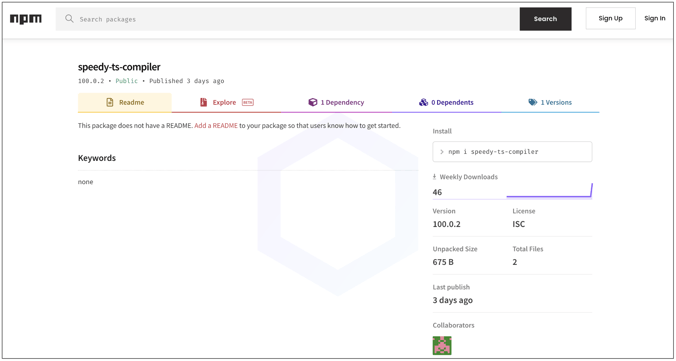 At a first glance, the component name "speedy-ts-compiler" with just one peculiar version, "100.0.2," combined with an empty README page on npm, raises red flags as to whether this was a suspicious package.

Interestingly, TypeStrong's official docs cite "speedy-ts-compiler" in places as an example of a hypothetical compiler (transpiler).

Downloads another npm package on install

When you take a look at what's going inside the package, the manifest file (package.json) begins to tell the full story.

At the install stage, "speedy-ts-compiler" runs a simple npm script:

It may seem like, as soon as if, the npm package is installing another npm package "tastytreats" from an external URL. And that is true, to an extent.

But we noticed, "tastytreats-1.0.0.tgz" installed by "speedy-ts-compiler" was practically empty, with nothing but skeleton code within.

Why would any developer create a package—good or bad, that installs another empty package on your system?

The answer is, that it's merely a distraction tactic. The GET parameter "yy" present in the URL is essentially exfiltrating the path to your npm cache, retrieved via the 'npm get cache' command.

To the developer, this would effectively reveal your system's username. And the HTTP request itself reveals your IP address to the package's owner.

Put simply, this is a dependency confusion attack but without the bloat.

Traditional dependency confusion packages seen by us previously have contained obvious code snippets that gather your system's IP address, username, and fingerprinting information and then upload this data via DNS or HTTP. But, "speedy-ts-compiler" does away with extra lines of code to accomplish nearly the same task.

The "index.js" within "speedy-ts-compiler" has the whereabouts of the author concealed with base64.

It turns out this is a proof-of-concept among hundreds published by the ethical hacker and bug bounty hunter, Ajay Kulal.

To better understand our findings, we reached out to Kulal who confirmed to Sonatype "speedy-ts-compiler" is a PoC created for bug bounty research and performs no outright malicious actions.

"It's the same dependency confusion attack, but I am not adding any malicious code. I just installed another non-malicious package so that I get the IP address of the system where this package gets installed," Kulal told Sonatype.

The researcher declined to name the company that was his target for ethical bug bounty research but mentioned that the test failed as Sonatype caught the package before the target did.

Kulal explains his motivation to leverage "npm get cache" comes from PoC packages repeatedly being taken down by OSS repos for containing code that may look suspicious.

"My packges got deleted [and over time I] kept improving the attack vector. In the beginning, I tried to obfuscate the payloads but that [didn't work]," says Kulal.

The researcher later attempted to host his PoC dependencies on GitHub but even those were taken down. And, this whack-a-mole game has been urging Kulal to find subtler but non-malicious ways of conducting ethical hacking that would "work for everyone."

"This wasn't the only package though. I have ethically reported more than 100 dependency confusion issues so far," says the researcher.