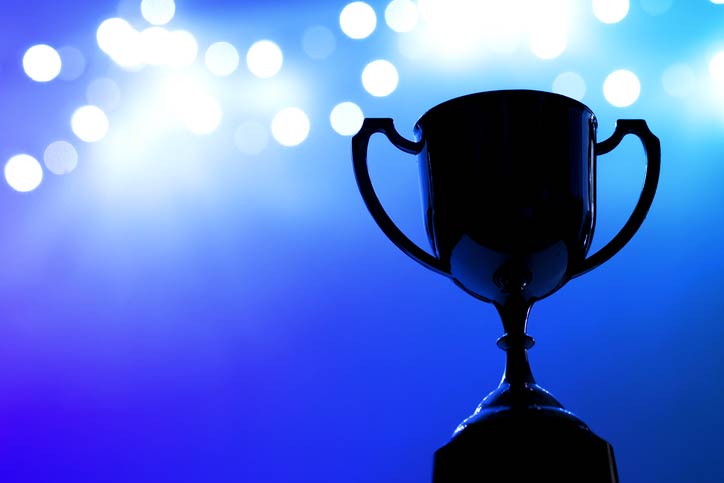 Sonatype continues to win accolades this year, from being named a top workplace for innovators by Fast Company and a coveted place to work, to being called an industry standout as an SD Times 100 company.  Now we add four more.

Cyber Company of the Year

Earlier this month, Sonatype was named the Cyber Company of the Year by the Northern Virginia Technology Council (NVTC), in the category of companies with over $25M in annual revenue. We've been a long time member of the NVTC, and are were quite excited to be a winner of the organization's inaugural Capital Cyber Awards program.

The awards included local companies, government agencies and individuals, and represent the region’s diverse and thriving technology ecosystem. The program highlights companies that demonstrated dedication, vision and a proven track record of substantial contributions in their company and the technology industry in the Greater Washington region.

Our CEO, Wayne Jackson, was nominated by peers, and recognized as a leader in the Washingtonian’s Tech Titans 2019 list. The list includes the “most influential, innovative, and interesting people in Washington’s rapidly growing high-tech community.”

Wayne has been a staple in the Washington area tech scene since he led his first venture-backed company, Riverbed, to success in the later 1990's. But, he told our Nexus User Conference audience earlier this year that this is the most fascinating time in his career, because so much change is happening so fast, and affecting so many industries.

Separately, Sonatype Vice President, Derek Weeks (@weekstweets) and our Senior Storyteller Mark Miller (@EUSP), were named to TechBeacon’s list of top 100 DevOps professionals to follow. We're a little bit biased - but we highly recommend checking out the content they're sharing; we're always learning from their insights and it's clear the rest of the community is too!

As CBA notes, the need for cybersecurity has never been greater. Global spending to combat cybercrime will top $80 billion dollars this year. Further, 87% of Chief Information Officers believe their security controls are failing to sufficiently protect their business. Sonatype’s product platform provides end-to-end software supply chain solutions to safeguard data and end-users. We continue to expand our services and innovate with new tools to predict and prevent malicious intent.

Join our efforts to innovate and protect -- we’re hiring!