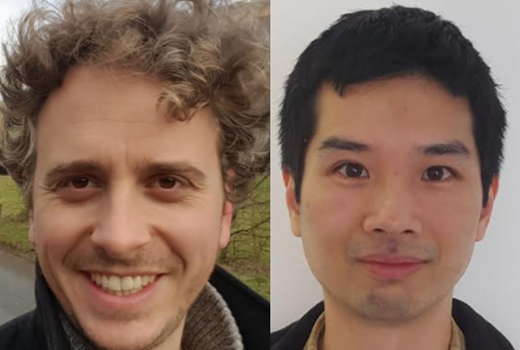 On March 1, 2018, the team at Semmle announced a critical vulnerability in the Pivotal Spring framework. The vulnerability was found by security researcher Man Yue Mo at Semmle — the team behind lgtm.com.

In this episode of OWASP 24/7, I speak with the research team at Semmle on how they discovered the vulnerability. Also, Brian Fox joins the discussion on the process for responsible disclosure, different ways to approach it and what other companies and projects are doing when a vulnerability is found in their project.

Resources from this broadcast

About Man Yue Mo
Security Researcher at Semmle for lgtm.com

During his PhD in mathematics at Oxford, Mo became interested in scientific algorithm development with a focus on data science and machine learning. At Semmle, Mo developed an interest in Semmle's core technology for writing queries over source code. This QL query technology is freely available on lgtm.com for the open source community to use for analyzing their code. Mo has since used QL to identify numerous security vulnerabilities, including CVE-2017-8046 in Pivotal's Spring Data REST, and the infamous CVE-2017-9805 in Apache Struts. He continues to works closely with the open source community to ensure these vulnerabilities are patched and responsibly disclosed. The blog on lgtm.com/blog contains various articles by Mo on how to use QL for security research.

About Bas van Schaik
Head of Product at Semmle

As the Head of Product at Semmle, Bas is responsible for the entire product portfolio — from the core QL query technology, to lgtm.com where this technology is made freely available to the open source community. Following his PhD in Computer Science at Oxford, Bas joined Semmle to work on machine learning and data science techniques for extracting insights from software engineering data. After setting up a strong team of machine learning experts, he now works closely with engineers and leaders to ensure that Semmle's products are effective in all parts of the software development process — to secure and improve code, reduce risk, and deliver actionable insights. He works closely with pioneers in the open source community, as well as with developers and leaders at organizations such as Google, Microsoft, NASA, Credit Suisse, NASDAQ, and Dell.

Co-founder and CTO, Brian Fox is a member of the Apache Software Foundation and former Chair of the Apache Maven project. As a direct contributor to the Maven ecosystem, including the maven-dependency-plugin and maven-enforcer-plugin, he has over 20 years of experience driving the vision behind, as well as developing and leading the development of software for organizations ranging from startups to large enterprises. Brian is a frequent speaker at national and regional events including Java User Groups and other development related conferences.