Why Are Dependency Confusion Attacks Not Going Away? 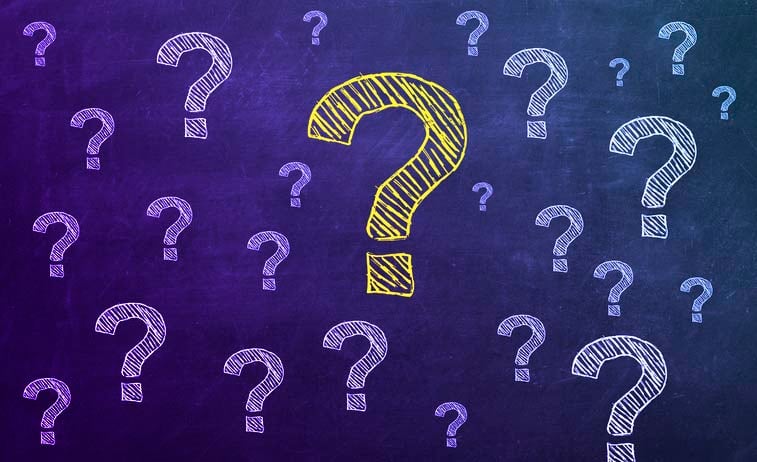 Ever since the dependency confusion (or namespace confusion) technique gained widespread attention in early 2021, we are yet to see the momentum around these attacks slow down.

The extensive eight-month ethical hacking project by researcher Alex Birsan, ended up in the researcher hacking more than 35 big tech firms via this simple technique and walking away with over $130,000 in bug bounties.

Within 72 hours of Birsan’s disclosure, Sonatype saw 300+ copycat packages—not from Birsan, flood npm. After seeing the earning potential, bug bounty hunters jumped on the wagon to capitalize on the technique too. 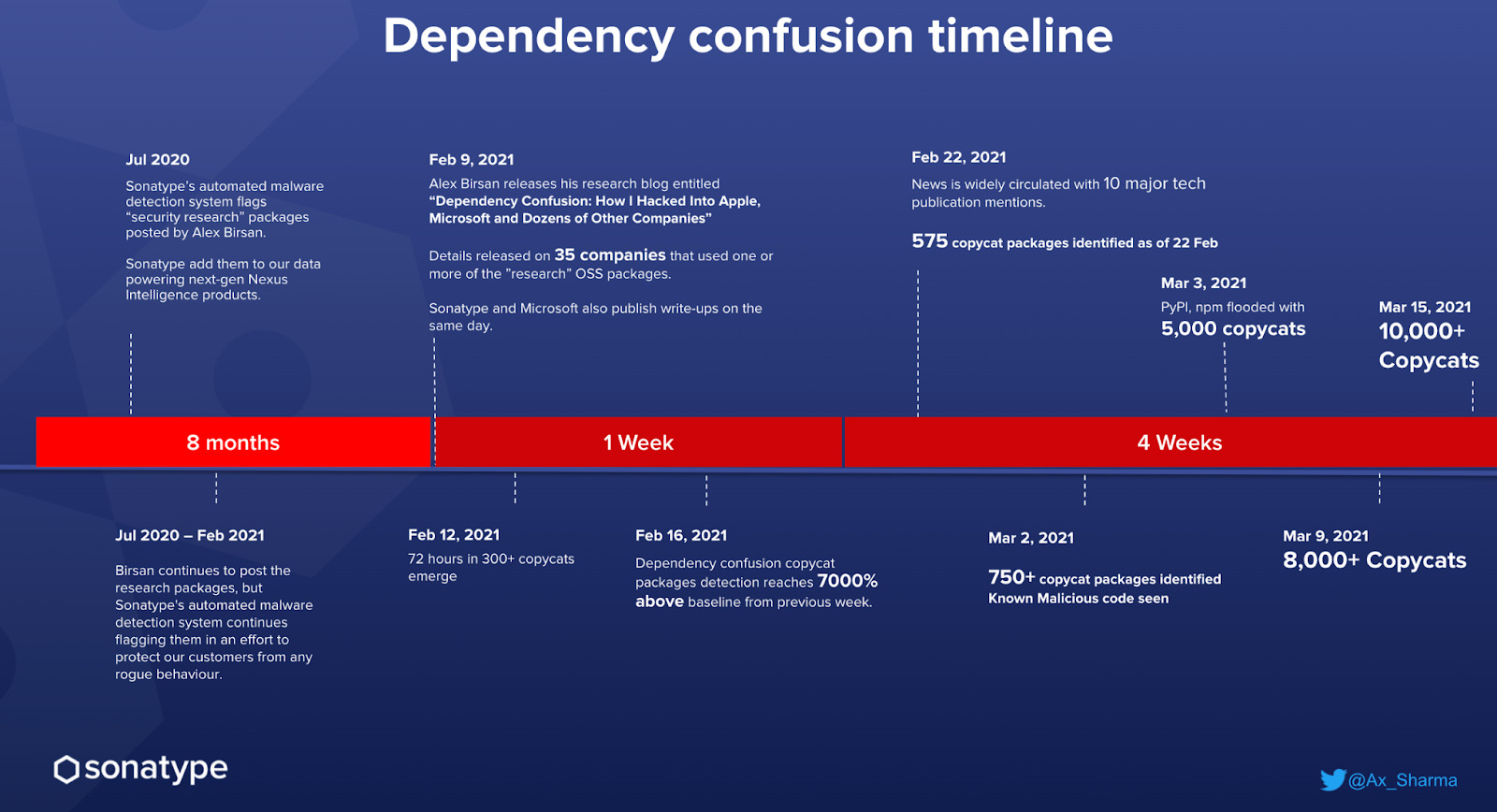 In the following weeks, we saw upwards of 10,000 copycat packages posted on npm and PyPI ecosystems—some of these posted by open-source software ‘activists’ to spread awareness of the security risks posed by this technique, whereas others were outright malicious targeting big names.

And it hasn’t stopped here.

Whenever Sonatype has come across malicious or suspicious packages that require immediate remediation, we have promptly notified the corresponding repository maintainers and suggested these be removed.

In the case of dependency confusion packages, we saw many candidate packages targeting popular companies, brands, or OSS projects. 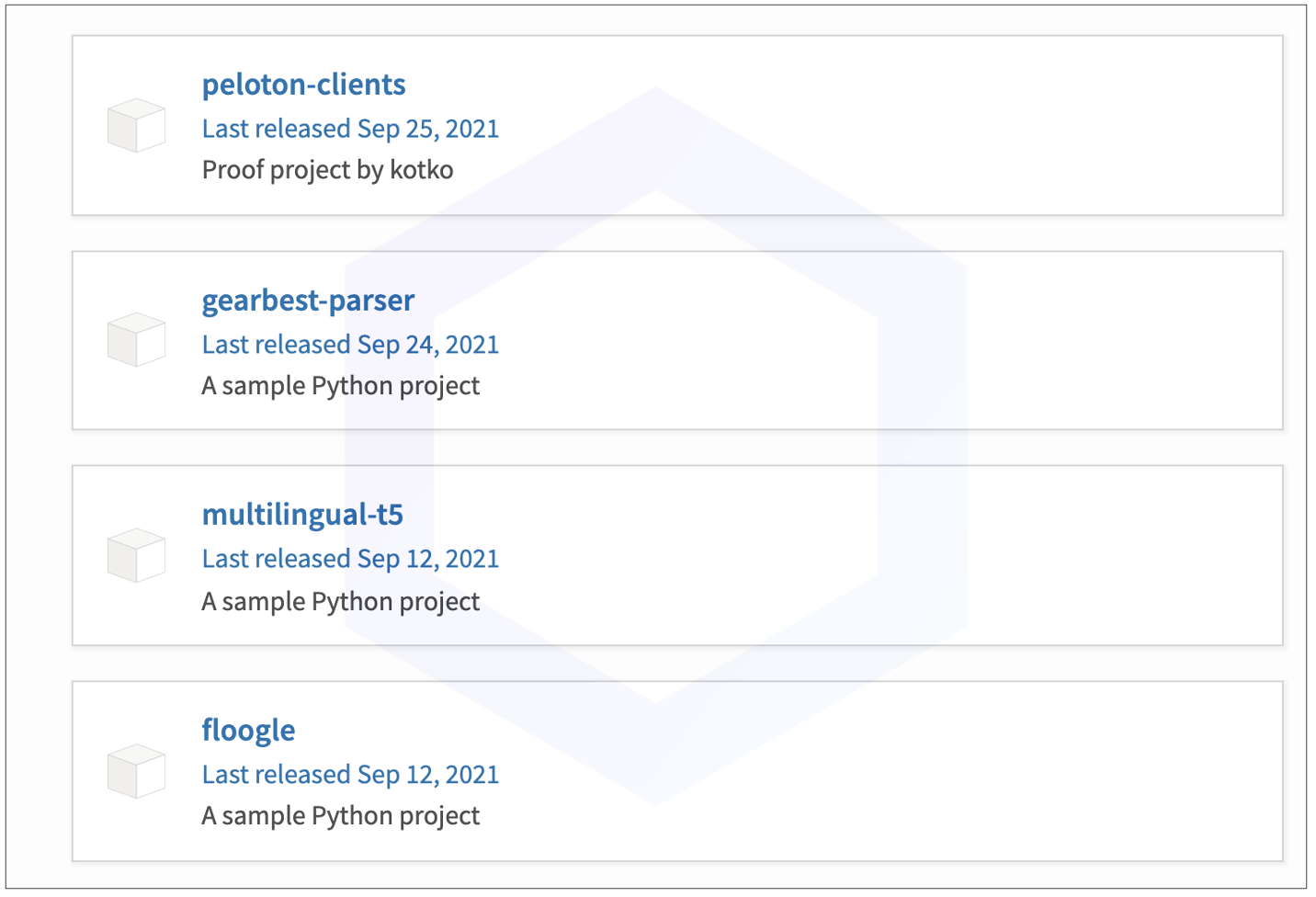 The internal structure of almost all dependency confusion packages is nearly identical in functionality. The source code attempts to communicate with the package publisher’s server over DNS or HTTP(S) and sends basic information, such as the IP address of the system that ran the package, username, and other fingerprinting information that can help the package creator identify if they were able to successfully reach their target.

Why are these attacks not going away?

Quite simply, we believe that dependency confusion attacks are here to stay because of:

As such, much like typosquatting, this attack vector remains an attractive target for actors looking for quick results while investing a minimum amount of resources.

What can be done to combat dependency confusion?

Strict namespacing checks are one of the deterrents that, when implemented by open source registries and your projects alike, can prevent dependency confusion attacks. For example, if you publish all of your private dependencies under @yourcompany/ scope, and should a public registry like npm only allow authorized parties to publish(public) packages under @yourcompany/, the possibility of an attacker abusing the dependency confusion technique is nearly eliminated.

Alternatively, automated solutions that can spot dependency conflicts between your internal/private dependencies and public packages (there’s a GitHub script for that!) can be used to effectively thwart malicious dependencies from entering your build. Users of Nexus Firewall can rest easy knowing that such PoC candidates would automatically be blocked from reaching their development builds.