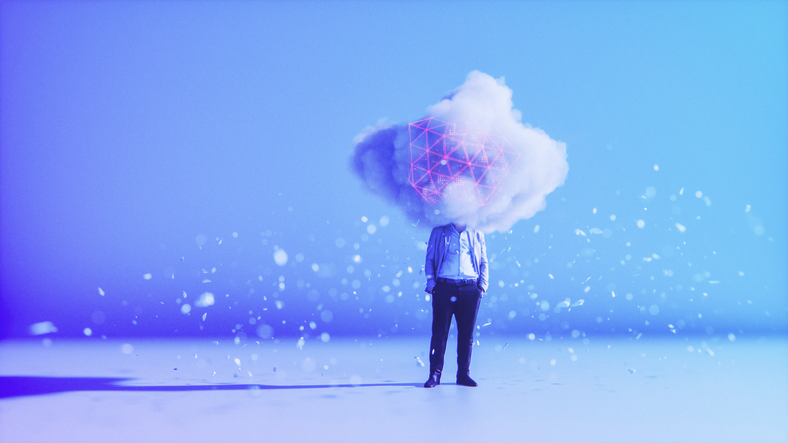 What is a Group Blob Store?

What is a Default Blob Store?

Before we dive into the Group Blob Store, it is important to understand Nexus Repository ships with a default blob store. This default blob store is created for ease of installation, so administrators can map any newly created repositories without having to worry about the underlying blob store. 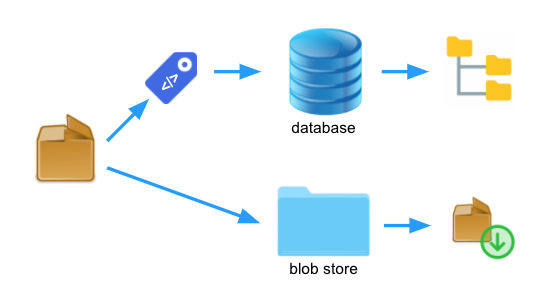 How to make use of a Group Blob Store? 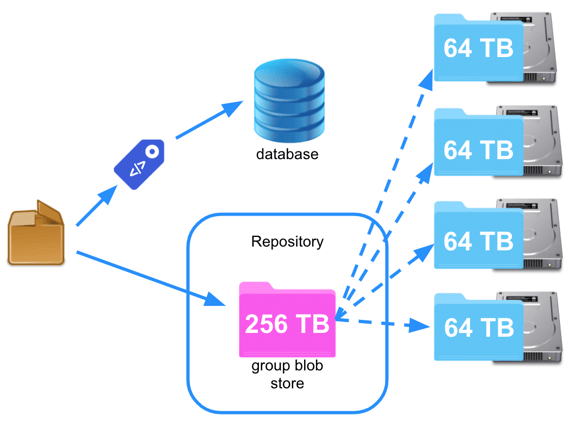 In a Group Blob Store, you can choose the order to write binaries to the underlying blob stores. There are two available policies:

Moving components from one blob store to another

Move components of a repository from one blob store to another

In the last section, the Remove a member from a blob store group task operates on the scope of a blob store by emptying out a blob store and removing it from the group. What if you only want to redistribute the binary files from one repository and move those files to another blob store? An example of how this can be beneficial would be to use a faster disk to access a repository, like a Docker format, because of the size of the binary files. To accomplish this, you can use the Change Repository Blob Store task. 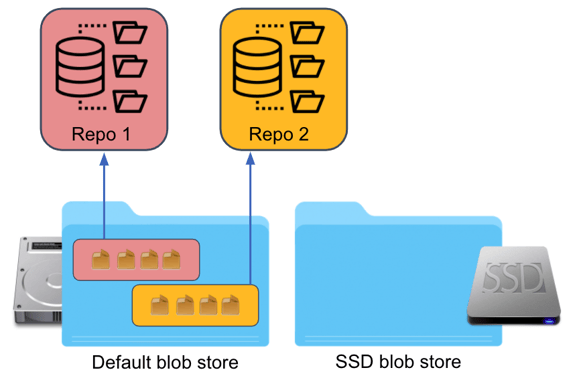 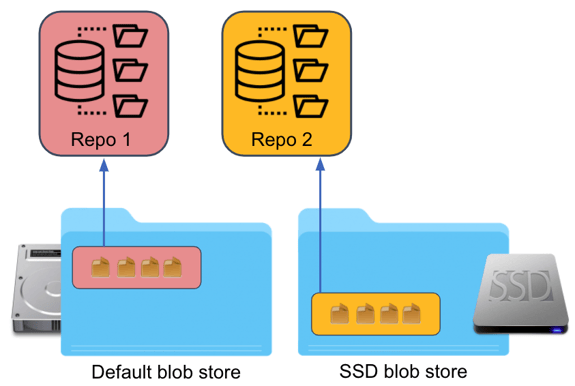 By using Group Blob Store, you can easily expand the storage space available to your existing repositories, or start creating new Group Blob Stores to manage your upcoming repository needs. This feature allows administrators to also control which member blob store to write to through the use of Fill Policy. With more space being made available, administrators can also choose to deprecate old blob stores via the use of Remove a member from a blob store group task. This task automatically empties the binary files from the target blob store and distributes the files to other member blob stores in the same group. Furthermore, an administrator can also use the Change Repository Blob Store task to separate the binary files of different repositories into different blob stores. This way, storage devices of different performance attributes can target the repositories appropriately.