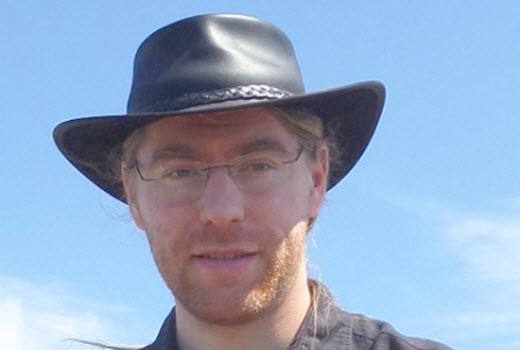 This article explains how to automate the installation as well as configuration of Nexus Repository Manager version 3.x with Ansible.

Ansible is a deployment tool, which enables playbooks to automate applications and infrastructure deployments. The key advantage is its flexibility to change applications with versatility as well as apprehending them as a service. However, Ansible has some weaknesses too. Following a voluntary simple design, it functions solely as an application of parameters without taking into account information availability and security concerns, which need to be handled by other systems. That is why developers will prefer to use Ansible in combination with a stateful agent system like Puppet, or a centralized management tool like Ansible Tower.

Ansible focuses on the application-level setup, scripting a provisioning that can be run on top of any infrastructure-supporting tool (PaaS, containers, bare-metal, vagrant, etc.). It only needs an SSH connection and a sudo account to the remote system.

Provisioning scripts in Ansible are written in a declarative style using YAMLfiles grouped as roles. The atomic instructions in those roles are expressed using a number of core modules provided by Ansible. Please have a look at the Ansible documentation for an in-depth introduction.

One of the DevOps’ models to handle configuration updates consists of provisioning a brand new environment from scratch and completely discarding the old one (think container images). This implies a reliable management of your data lifecycle. In our particular case of Nexus’s Repository Manager, this consists of several gigs of uploaded/proxied artifacts, some audit logs, and OrientDB blobs containing the configuration. Therefore, depending on one’s environment constraints, it can make sense to be able to update the configuration of an already-provisioned Nexus instance. The declarative nature of Ansible’s core instructions is inline with this purpose, but any custom logic written in a role should be idempotent, take the “create or maybe update” path into account.

One must also note that some parts of the Nexus configuration cannot be updated. Some examples include:

How to make Nexus’s Groovy API Fit Well with Ansible

The basic steps of the installation are pretty straightforward and can all be written using simple Ansible core modules:

(these steps are in tasks/nexus_install.yml)

And then comes the surprise: Nexus configuration is not available in a simple text file format which can be edited with the help of simple Ansible instructions. It is stored in an embedded OrientDB database that must not be altered directly. The documented way to setup Nexus is either through its web user interface, or through its Integration API.

The way the Integration API works is as follows:

URI Module to the Rescue!

Ansible’s uri module makes HTTP requests, providing automation to all of this.

The first step is to upload the Groovy script on Nexus. Note that the script may already be there. Therefore, on re-runs of the playbook, we try to delete it before taking any action, just in case:

The HTTP requests are executed from inside the target host, which is why localhost is used here. force_basic_auth: yes makes the HTTP client not wait for a 401 before providing credentials, as Nexus immediately replies with 403 when no credentials are passed. status_code is the expected HTTP status replied by Nexus. Since the Groovy script may not necessarily exist at that point, we must also accept the 404 status code.

The next step is to call the Groovy script that has been created through the previous HTTP call. Most of the scripts will take some parameters as input (e.g. create user <x>), and this is where Ansible and Groovy will help. Both coming from the ages of REST things, they can speak and understand JSON fluently.

On the Groovy script side :

And to call this script from Ansible passing arguments:

This allows us to cleanly pass structured parameters from Ansible to the Groovy scripts, keeping the objects’ structure, arrays and basic types.

Here are some hints that can help a developer while working on the Groovy scripts.

Have a Classpath Setup in Your IDE

As described in the Nexus documentation, having Nexus scripting in your IDE’s classpath can really help you work. If you automate the Nexus setup as much as possible, you will inevitably stumble against some undocumented internal APIs. Additionally, some parts of the API do not have any source available (e.g. LDAP). In such cases, a decompiler can be useful.

Since our role on Github uses Maven with the all the necessary dependencies, you can simply open it with IntelliJ and edit the scripts in files/groovy.

As documented, there are four implicit entry points to access Nexus internals from your script:

Those are useful for simple operations, but for anything more complicated you will need to resolve services more in-depth:

Some parts of Nexus (7.4%, according to Github) are also written using Groovy, containing lots of nice code examples: CoreApiImpl.groovy .

Creating HTTP requests from the configuration web interface (AJAX requests) also provides some hints about the expected data structures or parameters or values of some settings.

Last but not least, setting up a remote debugger from your IDE to a live Nexus instance can help, since there are lots of places where a very generic data structure is used (like Map<String, Object>) and only runtime inspection can quickly tell the actual needed types.

Setting up a Capability

Capabilities are features of Nexus that can be configured using a unified user interface. In our case, this covers:

Setting up a Maven Repository Proxy

Setting up a Role

The resulting role is available at Ansible Galaxy and on Github. It features the setup of :

I have a thing for agile work environments, multidisciplinary teams and open-source technologies.

Resources for this Article