The People Behind Sonatype: Sue Jasmin

The Director of Agile Coaching at Sonatype, Sue narrated her journey through various industries, and what brought her to Sonatype.

I’m a little bit of a canary in the coal mine when it’s come to my career choices. I seem to have the uncanny ability to enter job markets at their peak and then some economic or social upheaval shifts the entire market trajectory and along with that my career. It’s made for an interesting path to Sonatype.

My first internet job was 1998-1999 at the Adventurous Traveler Bookstore aka AdventurousTraveler.com, which was founded in 1995. I recently found this brief article from 1999 in Inc Magazine, “Niche Picking: An adventure-bookstore owner thought he had conquered the Web”. It didn’t occur to me until re-reading this article that we were a very early start-up and one of Amazon’s first victims in the bookstore world.

I was a Content Creator for the online catalog, but it was a small business of about 30 employees so we all answered the phone, talked to customers, and helped out in the warehouse which was attached to the office. We also did our turn in the brick-and-mortar bookstore and walked the office dogs. It was a great mix of people of a very Vermont mindset who came to work by bike, or with kayaks on their car and a rack of climbing equipment.

After moving to Virginia in 1999, I became the Content Manager at the book and music publisher Time-Life. Just months later it was subsumed in the 2000 Time, Inc./AOL merger. Sadly, after several years of very hard work by our very small team, re-platforming the entire website’s e-commerce and content platform in collaboration with IBM, we went through significant lay-offs as the publishing and music world evolved. One of the bonuses of working there at the time was access to an almost unlimited closet of CDs which expanded my musical education dramatically.

Night after the Smithsonian

My next stop through a networking opportunity was at Smithsonian Enterprises – the catalog division of the Smithsonian Institution. However, in 2001, post-9/11 the museum visits were down by staggering numbers as few people were traveling and budget cuts by the Federal government resulted in difficult times across the entire institution. Certainly a highlight there was getting to see the opening festivities for the National Museum of the American Indian, with almost 20,000 Native Americans from all over the Americas participating.

Another networking opportunity occurred when I got a call from my former manager at Time-Life. He had joined a publishing company in DC that specialized in the building industry. They had a number of websites and were looking for someone to come in and get their online e-commerce houseplan offerings organized. It was a very creative environment with smart people moving really, really fast.

I was a Product Manager when Mike Hansen was hired to oversee the very small, but hardworking engineering team. He recruited me to become a ScrumMaster and Business Analyst as they re-platformed to a new CMS. That move to the other end of the hall (where they didn’t like to turn the lights on), changed my career trajectory yet again, and introduced me to Product Manager Jeffry Hesse, an open source advocate who is also now at Sonatype.

I was at Hanley-Wood for five years, which was an amazing time of boom and bust in the housing market.

Next up, .gov contracting – a different kind of job. Some people make robust careers out of government contracting and although I grew my skills in content creation and e-learning modules on yet another CMS-re-platforming gig, it was not quite the right fit for me. I met someone who (thanks to networking) knew of a contractor job at the American Chemical Society where they wanted to re-platform ACS.org to Adobe AEM. I introduced the team to Agile and Scrum and after a year we re-launched on-time and under budget. It was the smallest cross-functional group I’d worked with but had the biggest heart and the most grit.

ACS is one of the world’s largest scientific organizations and is also the most diverse workplace I’ve ever encountered. Women in leadership roles across the entire organization, with a mix of gender, race, ethnicity, and sexual orientation that was evident from the moment you walked in the office.

And another networking opportunity – this time Jeffry Hesse called – and it was the siren song of National Geographic, which was just across the street from ACS. Nat Geo was all that and more including a memorable trip to Argentina to meet with our engineering team who hosted an asado for us. In the office, I sat across from Jeffry and also met Dulani Wallace who we soon would jointly coerce into joining us on our next adventure.

Mike Hansen emailed and said he had something that might be of interest, Sonatype. I Googled and saw that it was headquartered in Fulton, MD. I wrote back and said it would have to be pretty spectacular for me to make that miserable commute. He replied I could make the commute if wanted, but that everyone worked from home. I was interested! Jeffry was already onboard as a Nexus Repository Product Owner and I looked forward to the opportunity to work with both of them again.

I went through the same rigorous interview process that everyone here does. This was my first experience with a virtual interview process meeting with Bruce Mayhew, Jamie Whitehouse, and Brian Fox. I was fortunate to have an in-person interview with Mark Kilby, the Agile Coach at the time who happened to be in DC for an Agile conference. The opportunity was intriguing.

It was a much smaller company when I joined in 2015. At our first Product Engineering Group meet-up I looked around the room and there were only four women. I said to Mike, “This has got to change.” From that point forward, it’s been my personal mission to work with recruiting, as part of the interview team, and with others on the Product team to find more women engineering candidates. Now in 2021, Sonatype is a very different company as we’ve grown and expanded our hiring in locations around the world. We are still always on the lookout for women candidates for the Engineering team.

Stefania Chaplin, a Sonatype salesperson in the UK approached me about starting a Women at Sonatype group in 2018. Stefania has since left the company, but I’ve kept the mission going with help from others and I’m happy to say, we’ve grown engagement and reach and contributed to awareness across the company. We now have the CBID (Community, Belonging, Inclusion, and Diversity) initiative and recently the #sig-lgbtq+ special interest group was started.

This year Sonatype is a sponsor for the Grace Hopper Celebration 2021, which had been an in-person conference, but is now remote for a second year. It’s the largest gathering of women in technology in the world. We’ve got a great team to support the GHC2021 virtual booth and we’re all excited to be a part of this event to promote Sonatype and be able to use it as a recruiting opportunity.

So, technically Sonatype is my SECOND start up and my SECOND acquisition. AdventurousTraveler was the perfect launchpad for a career in technology. I’ve learned a lot in the trenches – always sitting with the DBAs, Engineers, Designers, QA team, and Leadership who generously shared their knowledge and expertise. I worked hard to keep up my end of the bargain, providing them with what they needed from the business and Agile side.

I have so much respect for the very smart and interesting people who make Sonatype a great place to find myself twenty-three years later. All of the intentional transformation of continuing to build a diverse, safe, collaborative, and respectful workplace is so great to see evolve in the six years that I’ve been here and everyone who comes onboard contributes to this vision.

Spencer Newman said about the crew at AdventurousTraveler, his employees were “his secret weapon.” Sonatype has a lot of great secret weapons too.

More on the Grace Hopper Celebration

The AnitaB.org Grace Hopper Celebration 21 tech conference is expected to have 30,000+ attendees this year, their second virtual year. Sonatype will have a virtual booth where we'll meet and greet and provide some talks. In addition, there are opportunities for attendees to submit their resumes and reach out to companies for brief 1:1 in-person recruiting interviews over the course of three days. 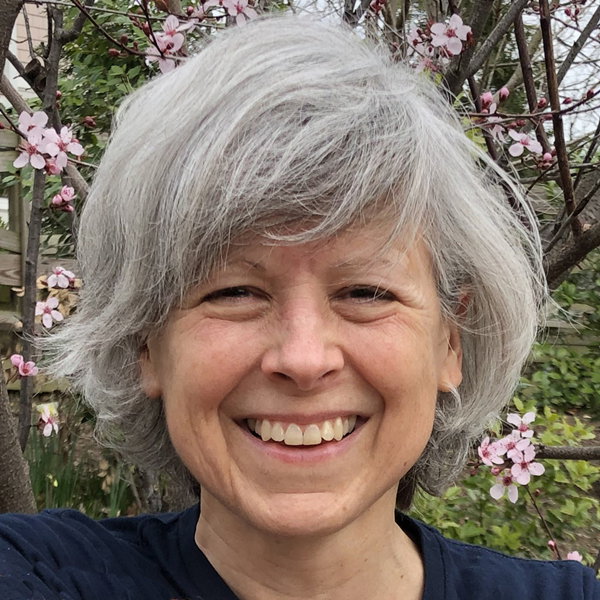 Susan Jasmin, currently the Director of Agile Coaching at Sonatype, joined her first start-up over twenty years ago and in her career has worked as a Product Owner, Content Manager, and Scrum Lead in e-commerce companies, the Federal government, nonprofits and software development. She intentionally seeks out opportunities to be a catalyst in support of successful, diverse and inclusive teams.