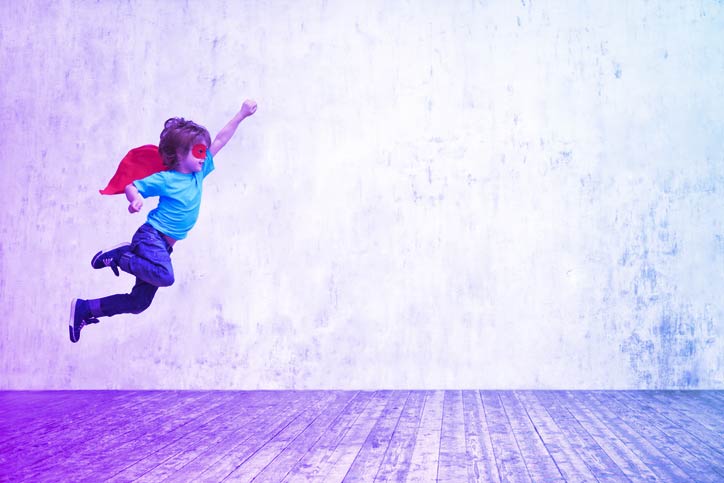 Keep this in mind as we dive into a discussion about Nexus Firewall.

Marvel fans will notice there’s one stone missing, but we'll get to that in a bit.

First, it's important to know you can use the Nexus Firewall with more than just the Nexus Repository; you can also use it with Jfrog's Artifactory.

Once you've enabled Firewall, you get to the "reality" portion, wherein you start in an audit mode, looking at any vulnerabilities. It provides what components are in the repository that you're using and what their status is.

But, what if you don't want to just audit? What if you want to quarantine? You can do that as well. Right within Eclipse, you can build using the firewall. And the build will fail, noting that it’s forbidden to use a dependency that fails to pass a security policy.

This shifts security as far to the left as possible and communicates the issue to the developer. The developer can then look in Artifactory to better understand what's happening.

All of this happens on the basis of world-class underlying data. Sonatype has an index of 1.4 million unique vulnerabilities. And, on top of that, their data team automates the transformation of the basic CVE into a much richer set of data, including paths that are vulnerable and that aren't. This provides much more granularity when creating policies and allowing any exceptions.

You can see some of this additional data and intelligence below. 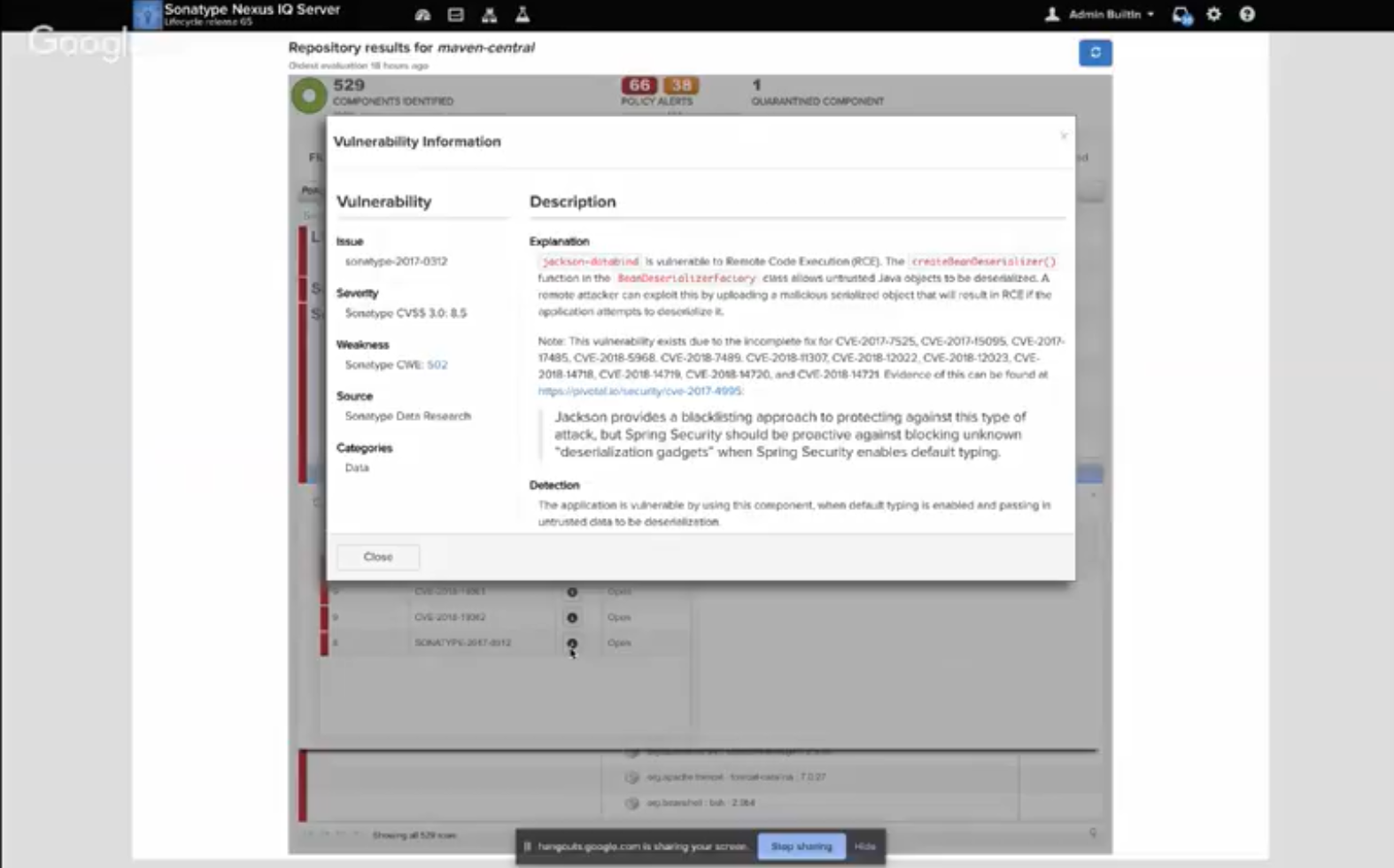 Now, let's talk now about how we can use this data to make policies. Sometimes, things are straightforward. Detect a vulnerability, block it, and prevent it from being used.

But, sometimes you need to take a more sophisticated approach. You'll want to address as much as possible through automation rather than manually blacklisting and whitelisting things. For instance, you can identify banned licenses and block those at the firewall level. You can also make policy on the basis of architectural concerns or unpopular components.

Beyond even that, you can create policies with more sophisticated concerns in mind. For instance, you can block components that are simply too new. This is particularly useful in the JavaScript world where the default might be to grab the newest bits no matter what. But since this has given rise to historical vulnerabilities, you can mandate that developers wait three weeks before getting these updates.

All of these policies combined get rolled into the audit report in general. Within Nexus, it's easy to view the audit reports, see what's quarantined, and make decisions about waivers. This makes sure that everyone can always see what's being blocked, why, and any additional details.

The Value to Your Organization

This approach combines to save lots of time and money. It's expensive and generally awful when you're dealing with these types of policies reactively, when things are in production. This shifts security as far to the left as possible by blocking it right at build time—it's almost like unit tests for security.

This is good policy for any organization and with any technology that you use. But by leveraging the Nexus Firewall in particular, you're taking that good policy and reinforcing it with a comprehensive data, actionable intelligence, and easy to understand reporting.

That stone we didn't talk about before - it was the Soul Stone. The Soul Stone is the community - which is at the heart of everything Sonatype does. So, reach out to them anytime, or head over to the Sonatype Community site, if you'd like to discuss or get more information.

You can watch Mike's full presentation from the Nexus User Conference below, for all the details on how to make Nexus Firewall your hero.