Fooled twice by the same open source problem? Shame on you. The data behind CVE-2017-8046. 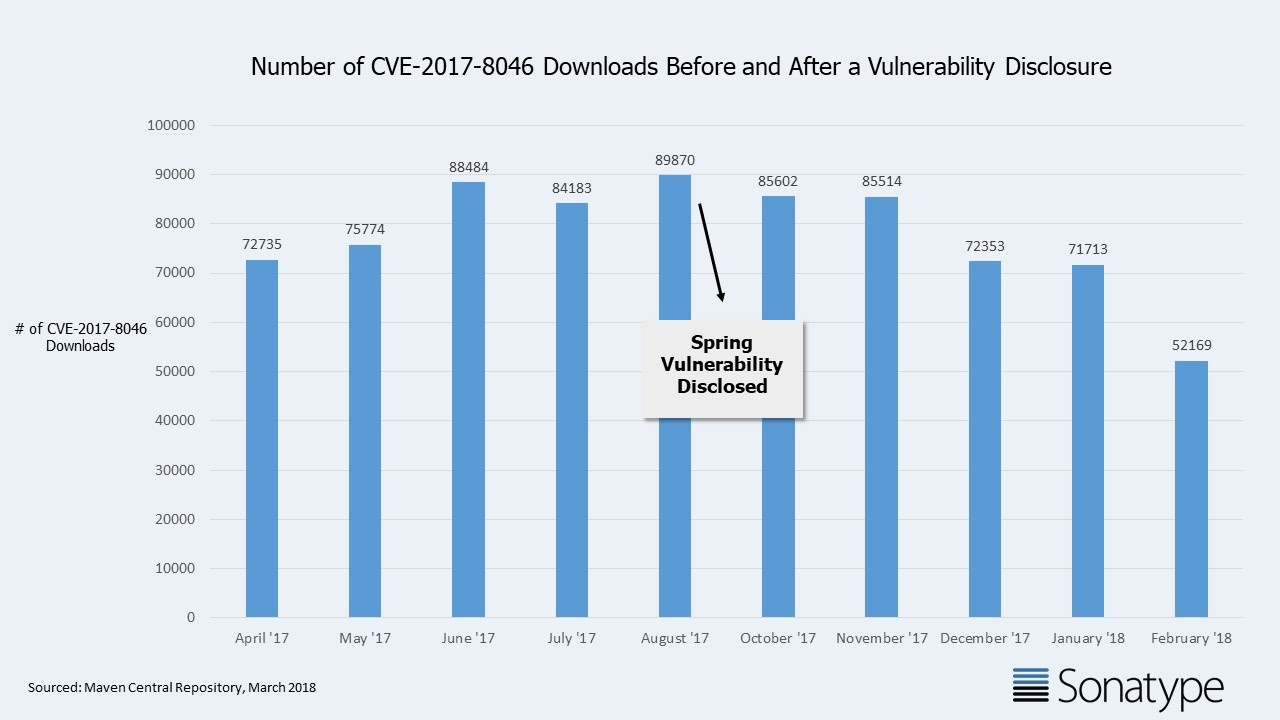 Organizations keep software applications safe, not by chance, but by preparation. Record breaking exploits in 2017 suggest that companies were simply not prepared to govern rising risks -- especially when it came to open source vulnerabilities.

New information publicized this week about a vulnerability (CVE-2017-8046) in the popular Spring component, is bound to test whether software development organisations learned anything from last year’s Struts 2 breach.

The Spring vulnerability, and a related patch, are not new.  Both were responsibly, and publicly, disclosed in September 2017 after researchers at LGTM discovered it.

What is new however, is that media stories began appearing on Monday -- more than five months after the fact -- begging the question, just how much did companies learn from last year’s Struts exploit?

The issue is simple. Once public disclosure was made in September -- how many companies were paying close attention with automated tooling and therefore acted quickly to remove the risk from their software supply chains?   Conversely, how many companies with manual governance practices failed to even notice the disclosure, and therefore did nothing?

An 11% drop in the consumption of these components is typical for any older release, and therefore this represents no measurable change in behavior post CVE disclosure. 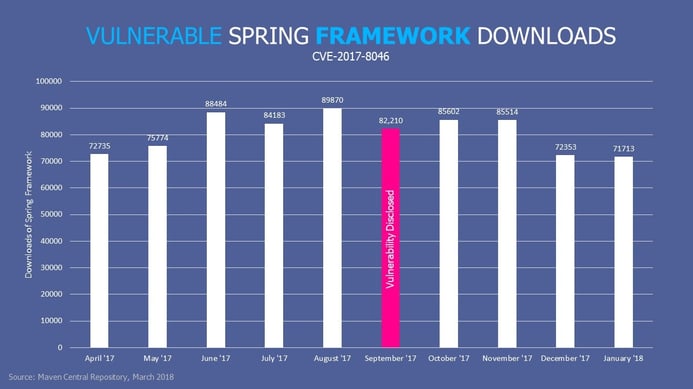 As you can see -- it appears that most companies are learning slowly.

For those unsure if you’re using the vulnerable version of Spring, we offer a free application health check so you can determine exactly which open source components exist within your applications.