An npm package called 'stringjs_lib' was identified by Sonatype this week. The package typosquats the popular npm library 'string' (or StringJS) and ships a Discord info-stealer obfuscated not one, five times.

The legitimate 'string' library is downloaded anywhere between 70,000 and 100,000 times in any given week. Which explains why a threat actor would be lured to ship counterfeit versions of this library — a theme we've repeatedly observed when it comes to malware distributed via open source typosquats.

The malicious 'stringjs_lib' package was caught by Sonatype's automated malware detection systems, which are an integral part of Nexus Firewall.

Analysis by our security researcher Carlos Fernandez revealed that the package goes to great lengths to hide its true purpose.

This week, the 'stringjs_lib' package appeared on the npm registry, and was caught by our automated malware detection bots. While both the empty README and the name closely resembling StringJS raised red flags, it took some time before the package's purpose became completely clear. 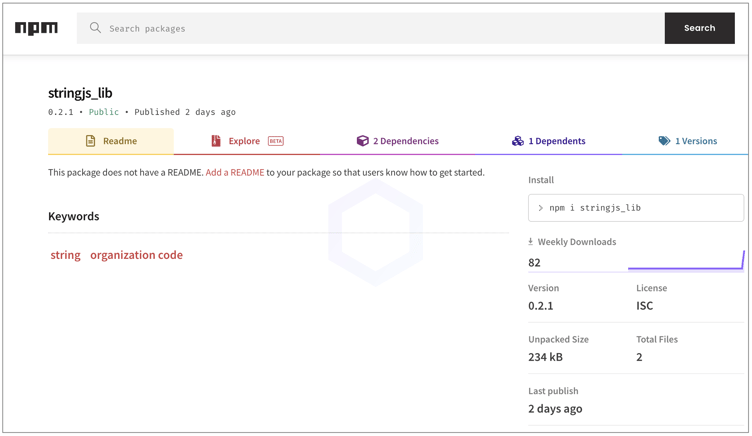 The package was published from a standalone, pseudonymous npm account, 'stringjs_npm.'

Within the package, there's a simple manifest file (package.json) and an index.js file. And it is this 'index.js' file that'd leave an analyst scratching their heads: 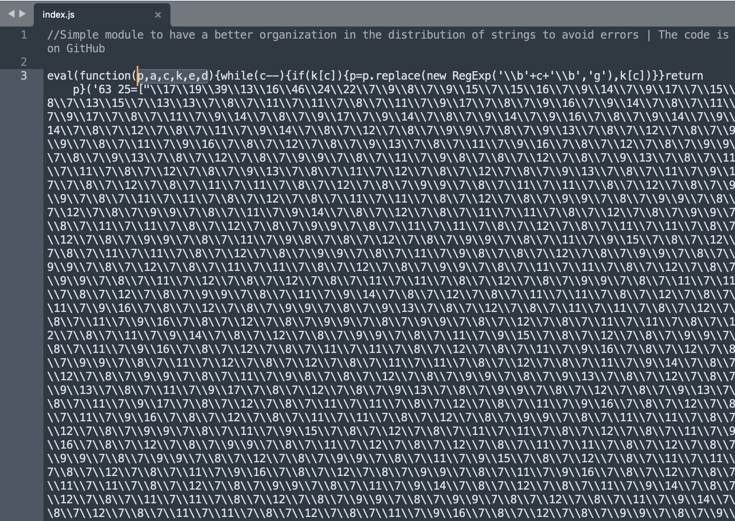 The above string sequence spans several lines---rather the 233,700+ character sequence is tightly packed in a single line by the author, but would otherwise exceed roughly 4,250 lines of code if it had newline characters.

The sequence ends cryptically too:

Simple deobfuscation techniques and paths we usually use to unpack malware didn't help much. But, Fernandez noticed a few things that helped it all come to light:

That is when the true nature of 'stringjs_lib' is revealed. Dynamic analysis of the code had indicated it was attempting to make dubious web requests, but seeing the deciphered version of the static code confirmed our suspicions.

The package contains malicious code akin to the ones we've analyzed in Discord infostealers before. These stealers look for a user's Discord files and tokens, and upload this information to the threat actor via Discord webhooks hardcoded in the application.

In addition to 'stringjs_lib' doing all that, the package downloads even more payload which is, yet again obfuscated, from the URL shown below:

We reported our findings to npm who took the package down within a day.

As a DevSecOps organization, we remain committed to identifying and stopping attacks against open source developers and the wider software supply chain, like the ones discussed above.